Meet the team behind this

Founder and Partner at Focus2Comply. Over the last 20 years his professional experience has been based mainly on management, strategic planning and business operations, namely in the business development activity and building teams with specialized skills on ICT, Governance, Risk and Compliance. He was a partner and founder at QoS Network Consulting and ConceptSolutions, ICT consulting companies, focused on specialized Consulting and Engineering services, in the planning and technological consolidation of data network and security infrastructures. Also participated in merge processes for other ICT and managed ICT services companies. He began his career in the energy infrastructure sector, passing through companies such as ABB Portugal and later in the ICT sector at ParaRede-EBS, as Product Manager and Market Manager respectively. He studied Energy and Power Systems Engineering at ISEL. Completed a Marketing Program for Executives at UCP/FCEE and a Management Program for Executives at UCP/FCEE. 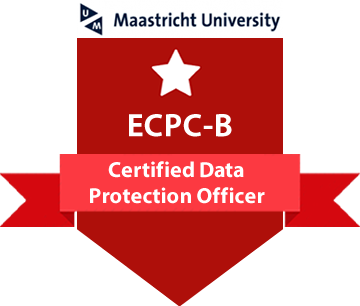 Filipe Freitas is an experienced entrepreneur, consultant and business developer, who has collaborated with different start-ups and multinational companies in Portugal and abroad. He is specialized in Science and Technology Commercialization, internacionalization, Converting Technology to Wealth and sales. He has worked before to Oracle Corporation, Critical Software, Unit4, Indra Sistemas, Capgemini, Skysoft (now GMV Group), among others. He was also an independent consultant for Catholic Portuguese University. He was awarded with the Medal of Merit, Freedom and Security in the European Union, issued by Ministry of Internal Affairs of Portugal as recognition of the contribution for the construction and deepening of European Union as a space of free movement of citizens, namely through the implementation of the SISone4ALL project, enabling the new member states to join the Schengen area.

Infantry Colonel in the reserve, holds a degree and is Master in Socio-military Sciences, and doctorate in Political Science and International Relations. He held positions such as, in the Military Technical Cooperation in Sao Tome and Principe and Angola, as Adviser for European defense issues for a past CEMGFA (Chief of General Staff of the Armed Forces), as National Delegate in the EU Helsinki Task Force (EU military capabilities assessment in Brussels), as Deputy Chairman at HTF. He has been placed in the NATO and EU Military Delegation in Brussels. Researcher of the IDN and the Military Magazine. He has been speaker in dozens of national and international conferences. He has published 5 books and about 40 articles on strategy and international affairs.

Graduated in ‘Communication Sciences’ from the Catholic University of Portugal, António Brás Monteiro also holds several postgraduate courses e.g. from the European Security and Defence College / War Studies University, National Defence Institute, Military Academy, Institute of Police Sciences and Homeland Security, Delft University of Technology, National Security Office and was granted with the NATO Security Clearance by the National Security Authority. In the last years he worked as Liaison Officer at SolvX, a intelligence and security services firm in Brussels and since 2017 he is Senior Project Manager at TEKEVER where he has been participating in European Defence Agency projects, NATO Industrial Advisory Group studies and European Commission H2020 security research projects (focused on disaster-resilient societies, fighting against crime and terrorism, and improving border and external security) where he also gives advise on policy, regulatory and ethical issues related to the defence and security sectors. He is also Advisory Board Member at IntellCorp, the first Lusophone Intelligence company founded by former intelligence officers, and Editorial Board Member of the Portuguese magazine “Segurança & Defesa”. He is, as well, Editor-at-Large and Special Correspondent for Portugal on behalf of ‘European Security & Defence’ magazine, which is the leading pan-European security and defence publication in the English language. He has two passions: Travel and Land Rovers, and was editor-in-chief of two magazines dedicated to these subjects. To relax, he practices sports shooting. In the future, he dreams of a Land Rover expedition along the David Livingstone route.

Holds a degree in Electrotechnical Engineering from IST, he obtained several technical certifications from the main technological manufacturers of this area over the last 20 years. He has performed functions with responsibility in the direction of technical teams, namely in planning and engineering projects of core IP networks. He was also co-founder of QoS Network Consulting and ConceptSolutions. Previously worked as a Network Engineer at ParaRede, responsible for coordinating teams in projects for installation and configuration of solutions, maintenance contracts and network audits. He participated in several reference projects in the telecommunications sector, having collaborated in the migration of IP Core networks from national relevant operators.